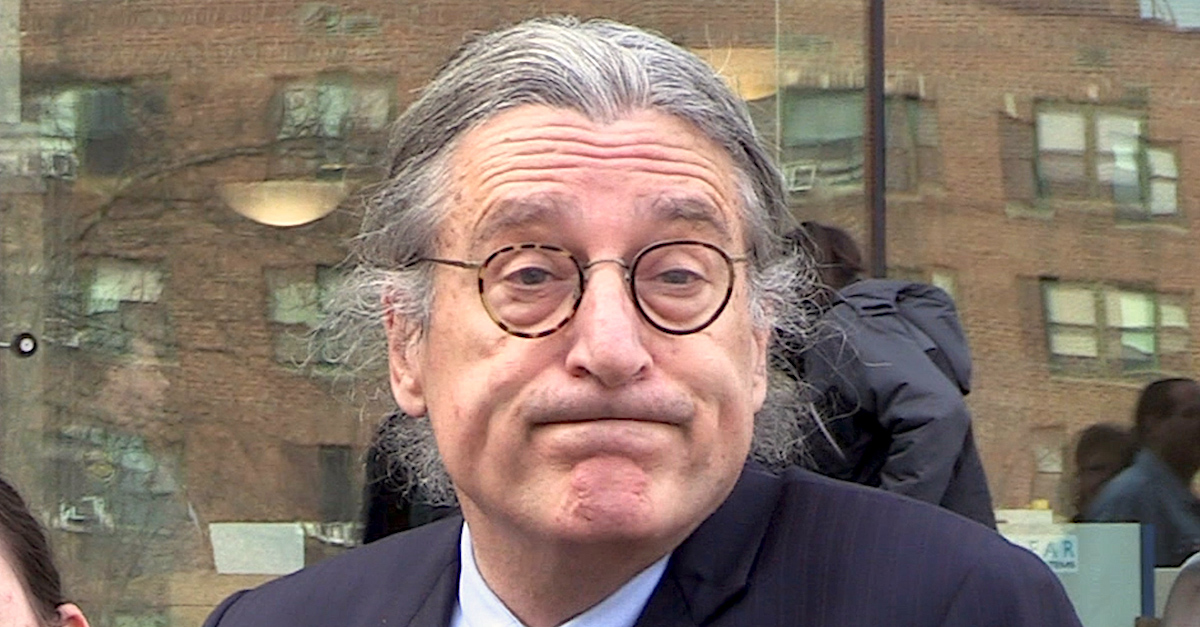 Norm Pattis, the controversial Connecticut attorney for Alex Jones, is now behind a federal lawsuit seeking to hold a major pharmaceutical company responsible for forcing Christian employees to violate their beliefs that their bodies are “temples of the Holy Spirit” by getting vaccinated against COVID-19.

Pattis’ firm filed suit Thursday in the U.S. District Court of Massachusetts against Takeda Pharmaceuticals, alleging claims under Title VII of the Civil Rights Act of 1964 for discriminating on the basis of religious beliefs. In the complaint, plaintiffs say that in Takeda’s quest to “create ‘highly-innovative medicines,’” the company “fosters a business culture and set of employment practices hostile to religious beliefs it believes might impede its scientific mission.”

The plaintiffs — a group of former employees of Takeda Pharmaceuticals — contend they were victims of religious discrimination because they were fired for refusing to get vaccinated.

According to the complaint, Takeda instituted a vaccination requirement on employees who work in or visit medical facilities that included an exception for religious objections. That exception required that an objecting employee had “sincerely held” beliefs and that accommodating those beliefs would not impose an “undue hardship” on Takeda’s business.

The lawsuit alleges that Takeda’s policy is essentially a sham. Per the complaint:

Takeda rarely, if ever, finds the religious beliefs of an employee “sincere” enough to warrant an exemption. When it cannot defeat the claims of a believer by claiming insincerity, Takeda then claims that accommodating the religious beliefs of an employee or prospective employee would pose an undue hardship on its business. The result is that Takeda almost never grants religious exemptions, in violation of Title VII.

It then goes on to detail precisely what the plaintiffs’ religious objection to the vaccine was — the debunked claim that COVID-19 vaccines contain aborted fetal cells:

The plaintiffs expressed concerns about their being required to inject a substance into their body that was developed in part by use of aborted fetal stem cells; they also asserted various claims such as their bodies being a temples of the Holy Spirit, and asserted other religious grounds sounding in faiths and practices long recognized in the United States and throughout the world.

The plaintiffs’ argument is one that has been used before in vaccine-mandate lawsuits by conservative groups.

The plaintiffs all say they were willing to work remotely to mitigate any health risk posed to others, but that Takeda refused to accommodate them.

What’s more, they allege, Takeda granted exceptions to its vaccine mandate for employees who raised objections based on medical reasons. Medical objectors “were accommodated and permitted to work remotely, despite whatever competitive disadvantage this many have entailed,” while “virtually all religious exemptions” were refused. Pattis argues that the difference in response amounts to a civil rights violation.

The plaintiffs ask for unspecified compensatory damages including lost wages and attorneys fees, as well as punitive damages.

We the Patriots, USA, Inc., the non-profit law firm that funded the litigation, released the following statement on Thursday:

Our fervent hope is that this lawsuit brings to light the fact that so many people continue to suffer as a result of the decisions that were made during the last two years. For them, the covid crisis is far from over. We are confident that we will obtain a victory for religious freedom that will ensure that discrimination against those with religious beliefs opposed to certain vaccinations is never justified in the eyes of the law.

We the Patriots is also requesting donations to offset the cost of litigation.

Attorney Brian Festa, Vice-President & Co-Founder of We The Patriots USA, a nonprofit public interest law firm that funded the lawsuit, made the following statement on the case:

For many Americans, the covid pandemic is in the rearview mirror. But for those like the Takeda plaintiffs, who lost their livelihoods, the pain continues. We funded this litigation because we cannot stand idly by while companies blatantly discriminate against employees on the basis of their sincerely-held religious beliefs, in violation of federal and state law. We intend to prove that that is exactly what happened here, and gain justice for these brave employees who decided to fight back.

Takeda Pharmaceuticals did not immediately respond to request for comment.

[Image via screen capture from the Law&Crime Network.]

Have a tip we should know? [email protected]