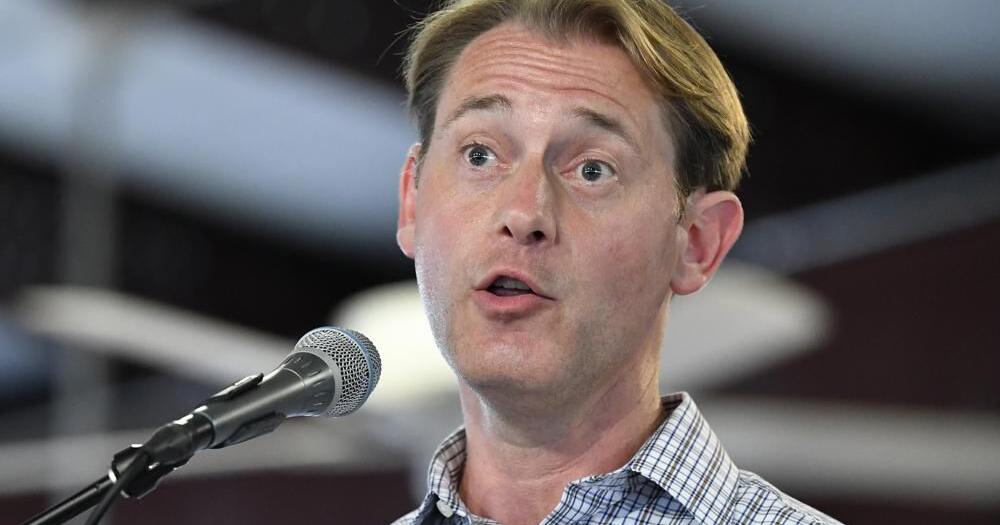 FRANKFORT, Ky. (AP) — Republican Michael Adams, who oversaw Kentucky elections through a global pandemic and at one point made a deal with the Democratic governor to promote voter participation, announced Friday that he will seek another term as secretary of state in 2023.

Adams said he’s the candidate best suited to deal with any future election-related challenges, warning that the “wrong person” in the job could “do real harm to our election process.” His strong words appeared to be a preemptive shot at his own party’s anti-establishment wing, which could potentially recruit a challenger to Adams in the GOP primary next spring.

Secretary of state campaigns across the country are gaining increased attention following former President Donald Trump’s attempts to reverse the results of the 2020 election and his endorsements of candidates for state election offices who are sympathetic to his view.

During his term, Adams brokered a deal with Democratic Gov. Andy Beshear to try to protect Kentuckians while participating in the 2020 elections — before COVID-19 vaccines were available. The two have differed on other election issues during their terms.

Adams, who specialized in election law as an attorney, considered a run for attorney general in 2023 but opted to seek another four-year term as Kentucky’s chief election official. Adams was elected secretary of state in 2019, defeating former Miss America Heather French Henry.

“Based on my performance in this office, at the most difficult time in its history, I would like to seek a promotion to higher office; but at this critical time, I am needed at my current post,” Adams said in announcing his reelection bid.

“No other candidate for secretary of state could offer this record of accomplishment: expanded voting rights, enhanced election security,” he said.

Adams announced his campaign plans a day before the state’s biggest political event — the political speaking at the Fancy Farm picnic in western Kentucky — a traditional rite of passage for statewide candidates in the Bluegrass State.

Adams, a conservative with strong ties to the Republican establishment, has overseen Kentucky’s elections during a turbulent period in the country.

He forged an agreement with the state’s Democratic governor that set temporary, pandemic-related rules designed to keep voters safe during the 2020 election. Widespread mail-in absentee balloting was allowed, and the November election that year included three weeks of in-person early voting to prevent a crush of Election Day voting.

A new Kentucky law enacted in 2021 backed off from those accommodations but reflected bipartisan cooperation at a time of national conflict over restrictive election measures.

The Kentucky law allows three days of no-excuse, early in-person voting — including a Saturday — before Election Day. It also allows counties to establish voting centers where any registered voter in each county can cast their ballot, regardless of their precinct. It also included features aimed at strengthening election security protections. Adams backed the measure and said it represented Kentucky’s most significant election law updates in more than a century.

Additionally, Adams has said more than 100,000 deceased voters have been removed from Kentucky’s voter rolls during his term.

No other candidates for secretary of state have filed paperwork with the Kentucky Registry of Election Finance to begin fundraising.

Looking to set an early tone to the campaign, Adams said Friday that he’d be better prepared than any other candidate to deal with “the challenges we will face that we cannot even predict.”

“I do not take this race for granted; nor should anyone who wants fair, free, accessible and secure elections,” Adams said. “The wrong person winning this position could do real harm to our election process.”

Adams earlier this year said a group of fellow Republicans was spreading misinformation about voting procedures in Kentucky.

Adams has said he’d support legislation next year to only allow recount requests from candidates coming within 1 percentage point of the winner. His comments came after at least six losing GOP candidates from Kentucky’s May primary election this year filed petitions requesting official recounts of the vote, including candidates who lost by large margins. Adams hasn’t commented publicly on Trump’s false claims that the 2020 presidential election was stolen.