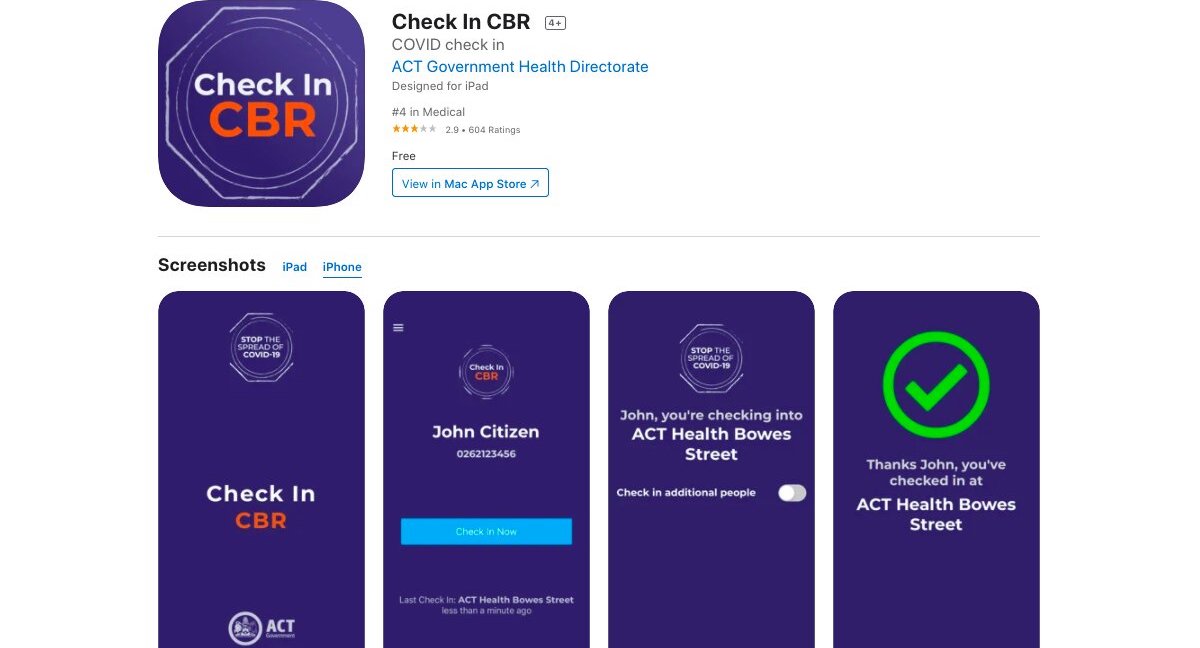 The ACT government is decommissioning the Check in CBR mobile app that was used for contact tracing during the pandemic.

In a statement, ACT Minister for Health Rachel Stephen-Smith said the app will be shut down from 1 December.

“[A]s the ACT continues to move towards managing COVID-19 in a manner that is more consistent with other infectious diseases, the app is no longer required and will be switched off,” she said.

Check in CBR was launched in September 2020 to support the contact tracing of suspected COVID-19 cases in the ACT. It logs a user’s location after scanning a QR code in public establishments. Later versions of the app allow it to hold a person’s vaccination certificate and provide a link to report a positive COVID-19 test.

When the state relaxed its check-in protocols in February, the use of the app became non-compulsory. Around that time, a new feature was planned to be added to the app, enabling it to automatically notify users if they have been in a high COVID-19 risk setting.

Three months later, the government fully lifted the mandate of using the app for checking in.

Minister Stephen-Smith regarded the app as a “valued resource” for workplaces and the broader community and for its assistance to ACT Health in its pandemic response.

Check in CBR has been downloaded over 1.25 million times and has logged 117 million check-ins across more than 29,000 locations. Over 250,000 vaccination certificates have also been shared through the app.

Its shutdown follows a similar move by the federal government to decommission the national contact tracing app, COVIDSafe, in August.

While Australian governments are moving forward from using contact tracing apps, New Zealand is keeping them. Just weeks ago, the Ministry of Health started making the NZ COVID Tracer app open source, allowing developers and researchers to help build trust in the app’s integrity. But like the rest of the world, the app is no longer required for contact tracing, although the Health ministry wanted users to keep the app for future outbreaks.