The Perfect Enemy | Aaron Rodgers on COVID and Kirk Cousins: ‘We both made it through the winter of death’
Skip to content
September 29, 2022
Read Time:2 Minute 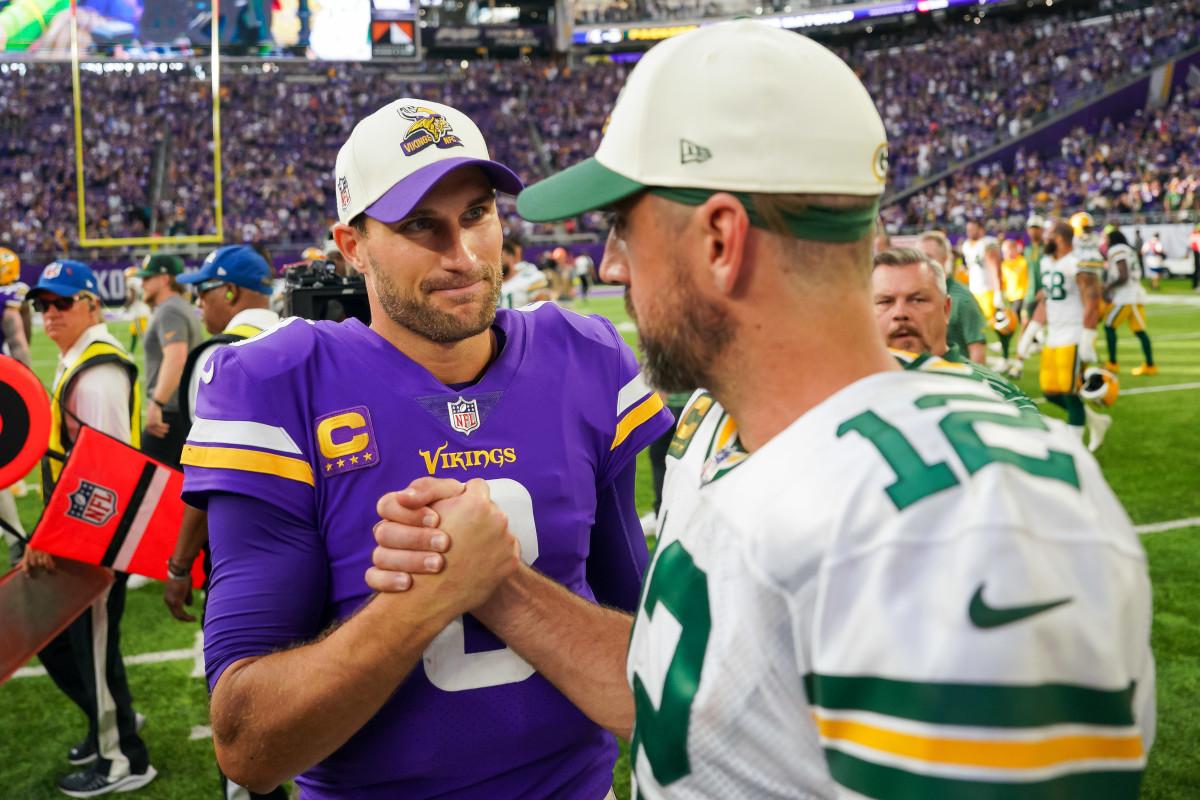 Every word that comes from an NFL quarterback’s mouth is going to be placed under a microscope and analyzed, especially when it’s related to something like COVID-19.

*Aaron Rodgers has entered the chat

Rodgers, who appeared on The Pat McAfee Show on Tuesday, was asked by one of McAfee’s producers about his relationship with Kirk Cousins after both made headlines about their vaccination status in 2020. Rodgers was put on the spot, in what was obviously geared towards humor, by this specific question:

“Last year Kirk said, ‘If I die, I die.’ Did you guys meet at midfield and kind of give each other a fist bump and congratulate each other on making it past COVID?”

Rodgers laughed and answered: “Uh, no. No. I … I respect Kirk a lot. I’ve played against him a number of times now over the years and also respect his right to have an opinion about his own health and to make a decision, which he feels is in his best interest. There’s zero judgement at all, with him or anybody else who decides to make their own decisions.”

“That’s not what happened. I like Kirk a lot. I think he’s a super nice guy, very good player. But I haven’t spent a lot of time with him with him off the field over the years. But no, we both made it through the winter of death, thankfully. Good to see us both still out there.”

Cousins has kept his vaccination status private but said in 2020 that he wasn’t worried about the coronavirus, which is when he uttered “if I die, I die.”

“I want to respect what other people’s concerns are. For me personally, just talking no one else can get the virus, what is your concern if you could get it, I would say I’m gonna go about my daily life. If I get it, I’m gonna ride it out. I’m gonna let nature do its course. Survival-of-the-fittest kind of approach. And just say, if it knocks me out, it knocks me out. I’m going to be OK. You know, even if I die. If I die, I die. I kind of have peace about that,” Cousins said.

Rodgers said in 2020 that he was “immunized,” suggesting that he had been vaccinated only to later test positive for COVID-19 and miss more than a week because he wasn’t vaccinated.

Approximately 185,000 people in the United States had died from COVID at the time Cousins made his comment. That number now stands at more than 1 million in the U.S. and nearly 6.5 million worldwide, according to the World Health Organization.