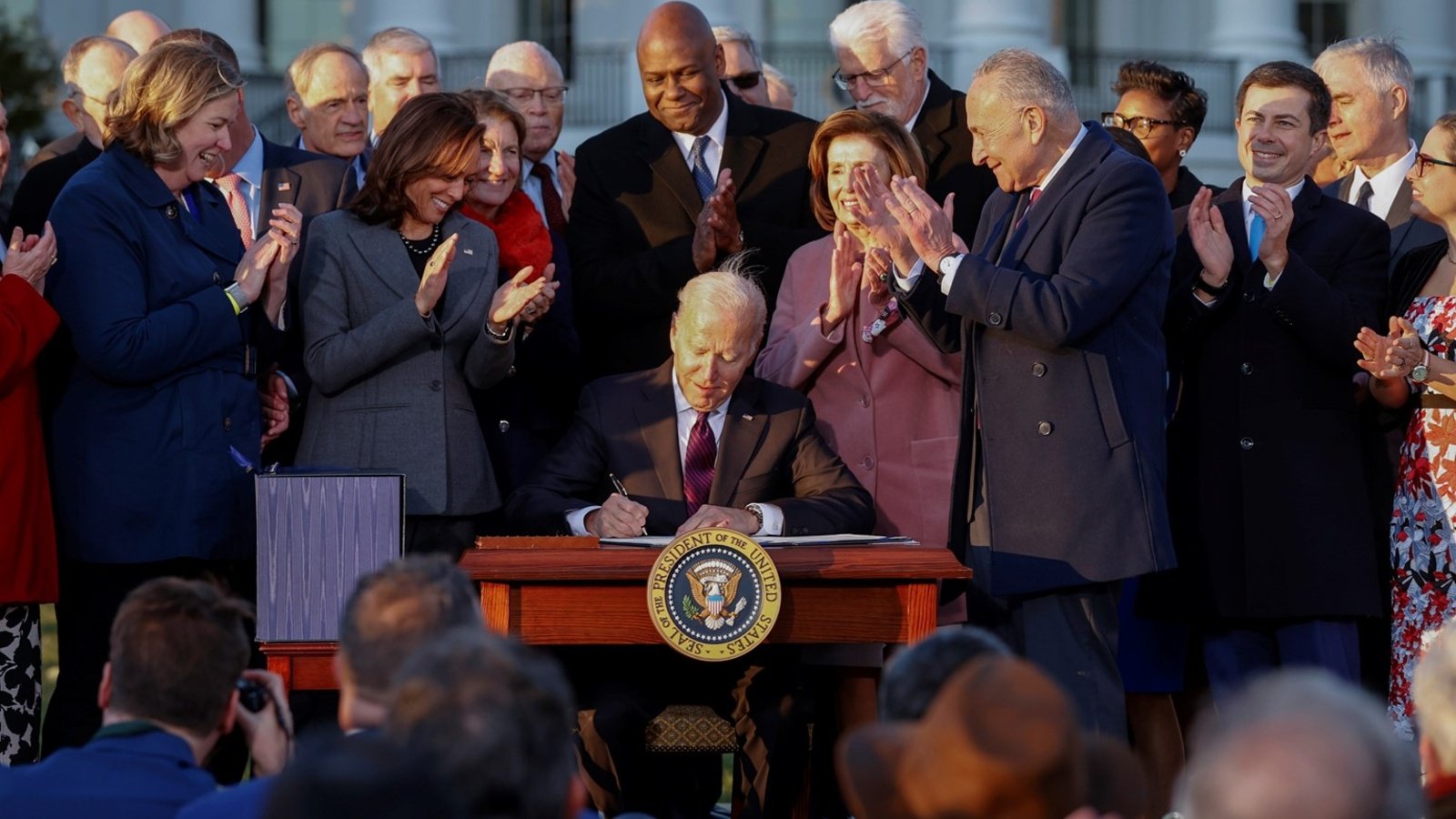 With Republicans taking control of the U.S. House of Representatives following the midterm congressional elections, a political stalemate is widely expected on Capitol Hill for the reminder of President Joe Biden’s term. But this need not be the case. This hope does not come from a naively optimistic view of how Washington works akin to The West Wing, but the rather surprising reality of the past few years. Amid the polarization of U.S. politics, the soon-to-be-concluded 117th Congress has been quietly productive. This includes not just the passage of party-line legislation like the $1.9 trillion COVID-19 economic stimulus bill and the Inflation Reduction Act, which aims to reduce the deficit, lower prescription drug prices, and promote domestic clean energy production. It has also featured more bipartisan efforts, such as the Infrastructure Investment and Jobs Act, the Bipartisan Safer Communities Act, and the CHIPS and Science Act. The current Congress has also seen wide bipartisan support for aid packages to Ukraine in its war with Russia. Congress also just voted to impose a labor agreement between rail companies and their workers to avert a holiday season freight rail strike. And it may not be done yet—the lame duck session could deliver the passage of the Respect for Marriage Act and the Electoral Count Reform Act, which would protect same-sex marriages and update existing law to prevent future efforts to overturn the results of presidential elections, respectively. None of those bills are minor things.

The Infrastructure Investment and Jobs Act was the largest federal investment in decades in the nation’s infrastructure, which has been falling behind that of competitors such as China. It dedicates $1.2 trillion, including $550 billion in new spending over the next five years, to improving roads and bridges, as well as historic investments in clean energy (electric vehicles, buses, and charging stations), lead pipe remediation, and broadband. The legislation is especially notable as Presidents Donald Trump and Barack Obama were both unable to pass infrastructure plans of comparable scale.

Similarly—following the outrage over the May 2022 school shooting in Uvalde, Texas—Congress passed the Bipartisan Safer Communities Act, the first legislation in almost thirty years aimed at combatting gun violence. The law enhances the background check process for gun buyers below the age of twenty-one, contains a provision to keep guns out of the hands of domestic abusers, provides funding to states to implement “red flag” laws, and boosts funding for school-based mental health services.

The bipartisan CHIPS and Science Act is aimed at encouraging the domestic manufacturing of semiconductors and reducing reliance on overseas microchip supply chains. It also aims to augment U.S. science and technology research and development to compete with China. Concerns regarding competition from China have led to perhaps the most surprising area of bipartisan agreement in Washington—on industrial policy, which had until recently fallen out of favor.

Can this trend continue in the 118th Congress? While each of these bills received significant Republican support that enabled them to overcome the filibuster in the Senate, they received scant Republican support in the House of Representatives. With the Republican takeover of the House, the prospects for bipartisan agreement is certainly diminished, especially as Representative Kevin McCarthy (R-CA), the likely next speaker, does not yet have the same working relationship with his Democratic counterpart that Senate Minority Leader Mitch McConnell (R-KY) does. House Republicans have also already announced a raft of investigations into the Biden administration that they intend to pursue once in charge. While some of these—examining the chaotic withdrawal from Afghanistan, for example—clearly deserve public hearings, others—such as investigating the president’s son—will likely be seen as partisan exercises by the public and threaten to poison the well for bipartisan legislative efforts.

If there is one thing that the recent midterm elections proved, it is that partisan extremism is still punished by voters. This should motivate both parties to compromise and find solutions to critical issues rather than grandstanding. Next session, these include raising the United States’ debt limit without bringing the country to the precipice of default, which in 2011 resulted in the U.S. credit rating being downgraded. In the future, they might even include complex but enormously important questions such as immigration. The path for such efforts is admittedly narrow and fraught with obstacles, but as recent experience shows, gridlock need not be the order of the day in Washington.