Although President Joe Biden would surely rather be talking about gas prices going down, he’s now targeting drivers’ key concerns about buying electric vehicles so they can avoid high prices at the pump entirely. On Thursday, the Biden administration proposed a rule to standardize about 500,000 electric vehicle chargers across the US so they can work with any electric vehicle – similar to the way a gas pump works with any car or truck.

Here’s what you need to know to Get Up to Speed and On with Your Day.

The House select committee investigating the January 6, 2021, attack on the US Capitol held its first prime-time hearing Thursday, detailing the findings of the panel’s investigation and playing new disturbing video of the riot. The panel showed some never-before-seen material, including bird’s-eye view footage from security cameras that showed the enormous pro-Trump mob as it started swarming the Capitol grounds. The footage also showed how the crowd took its cues directly from Trump, with one rioter reading a Trump tweet over a megaphone for the other rioters to hear. In addition to other closed-door depositions of members of Trump’s team, the committee also revealed testimony from Trump White House officials who said the former President did not want the attack to stop, angrily resisted his own advisers who were urging him to call off the rioters, and thought his own vice president “deserved” to be hanged as the violent crowd chanted “Hang Mike Pence.”

A team of scientists responsible for determining the origins of the Covid-19 pandemic released its first report Thursday, saying that all hypotheses remain on the table – including a possible laboratory incident. The 27-member advisory group convened by the World Health Organization said available data suggests the virus jumped from animals to humans, but there are still gaps in “key pieces of data.” The most closely genetically related viruses were found in bats in China and Laos, according to the report, but a “spill-over event to humans” has not been identified. The preliminary report also said that it is important to evaluate the possibility that Covid-19 was introduced into the human population through a laboratory incident because lab leaks have happened in the past. And since there is no new data available, the group said the lab-leak theory cannot be ruled out.

As Ukraine tries to hold on to key frontline cities, Russia is struggling to provide basic public services to civilian populations in Russian-occupied territories of Ukraine, according to a British intelligence report published today. The report claims that access to drinking water, internet connectivity and phone services remain inconsistent, while the Ukrainian city of Kherson “likely faces a critical shortage of medicines” and Mariupol runs the risk of a cholera outbreak. Last month, Kremlin spokesman Dmitry Peskov admitted that many occupied areas remained without electricity, water or sewage services. The report also comes a day after Russian President Vladimir Putin compared himself favorably to Peter the Great, a Russian monarch from the late 17th century, using the likening to justify Russia’s invasion of Ukraine.

A 23-year-old man shot four coworkers – three fatally – at a manufacturing plant in western Maryland Thursday before fleeing the scene and exchanging gunfire with state police, authorities said. A trooper and the suspect were wounded and hospitalized, according to Lt. Col. Bill Dofflemyer of the Maryland State Police. Investigators have not yet established a motive for the shooting. The incident is the 254th mass shooting this year, as the country is on pace to match or surpass last year’s total, according to the Gun Violence Archive. Separately, a man was shot and killed by a police officer outside of an Alabama elementary school Thursday after an altercation with a school resource officer, Etowah County Sheriff Jonathon Horton said during a news conference. At least 34 students were inside Walnut Park Elementary School when the man tried to get inside, Gadsden City School Superintendent Tony Reddick told CNN.

India is facing a firestorm after some of the country’s ruling party officials made derogatory comments about Islam. The United Arab Emirates, Malaysia, Oman, and Iraq are among at least 15 Muslim-majority nations to have condemned the remarks made by India’s ruling party spokeswoman Nupur Sharma, which were described as “Islamophobic,” with several countries summoning India’s ambassadors. The incident sparked protests in neighboring Pakistan and prompted calls from around the region to boycott Indian goods. Sharma, who is now suspended, later withdrew her remarks and said it was never her intention to “hurt anyone’s religious feelings.”

Texas officials are asking the public to help identify this mystery “wolfman” creature. What do you think it is?

And they lived happily ever after! The pop superstar and her partner Sam Asghari are embarking on an exciting new chapter.

Two people rescued after falling in a tank full of chocolate

Thankfully, the people were rescued. (Did you think of the scene from “Willy Wonka & the Chocolate Factory” too? I can’t be the only one…)

Perseverance rover has made a friend on Mars

The rover has a new pet on the red planet! But it’s probably not the type of pet you’re thinking of.

According to a recent California ruling, which insect can legally be considered a fish and have the same protections?

That’s how many professional golfers were suspended from playing in PGA Tour tournaments due to their participation in the controversial Saudi Golf League/LIV Golf series. PGA Tour golfers were previously warned that they were not authorized to participate in the Saudi-backed tour because it violated PGA regulations. Despite the warning – and Saudi Arabia’s record of human rights abuses – several famed golfers including past major winners Dustin Johnson, Phil Mickelson and Sergio Garcia still opted to participate, largely because Saudi Arabia’s breakaway tour has pledged to award $250 million in total prize money.

“It’s outrageous that oil and gas companies are able to take advantage and make four times the profits that they made when there wasn’t a war.”

– White House official Bharat Ramamurti, criticizing Big Oil for banking huge profits in the wake of Russia’s invasion of Ukraine, which the Biden administration has blamed for soaring gas prices. He pointed out that the top five oil companies raked in $35 billion in profits during the first quarter alone as energy prices spiked during the onset of Russia’s war. Major oil companies are, in fact, ramping up supply, but just not quickly enough to drive down prices.

02:39 – Source: CNN
Risk for flooding in the Central Plains 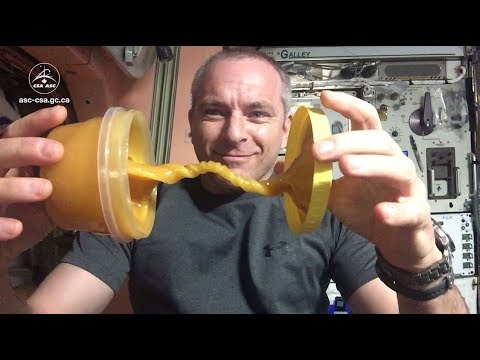 As this astronaut says, strange things happen when you remove gravity! (Click here to view)