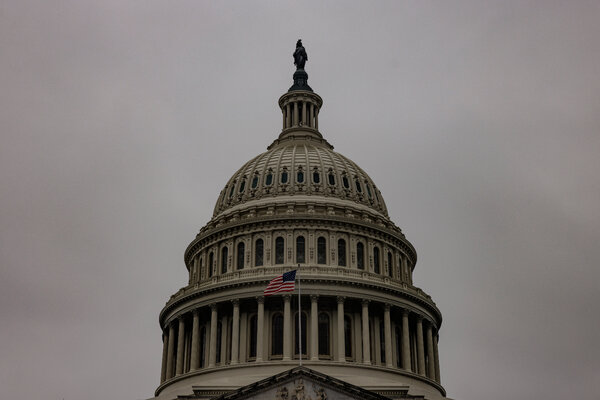 This November, voters in three dozen states will elect, or re-elect, their chief executive. Even before the candidate matchups are set, the contours of the debate in many of these races are clear. The races for governor are likely to be noisy, with fights over schools, managing the economy, residual Covid debates and race and gender politics.

In some of the most competitive races, the outcome has implications far beyond the governor’s mansion. With many Republican voters embracing debunked theories about former President Donald J. Trump’s loss in the 2020 election and pushing for new voting restrictions, governors in battleground states are at the front line in a fight over American democracy, determining how easy it is to vote and even whether election results will be accepted, no matter which party wins.

Here are some of the races we’re watching.

Gov. Gretchen Whitmer is facing voters in this swing state after angering many on the right by imposing strict Covid-19 safety measures and vetoing legislation she says perpetuates falsehoods about the 2020 presidential election results. With Democrats facing a particularly tough climate this year, a crowded field of Republican candidates has gathered to challenge her. James Craig, the former police chief of Detroit, appears to be the early front-runner among a group of 10 Republicans.

Like Ms. Whitmer in Michigan, Gov. Tony Evers was elected in the Democratic wave of 2018. And also like Ms. Whitmer, he has spent much of his term doing battle with a Republican-led Legislature. Mr. Evers blocked new restrictions on abortion and voting, at times branding himself as a firewall against a conservative agenda.

Wisconsin Republicans, already divided over their party’s embrace of election falsehoods, are facing a contentious primary to challenge Mr. Evers. Among the contenders is a former lieutenant governor, Rebecca Kleefisch; Kevin Nicholson, a management consultant and former Marine; Tim Michels, a former candidate for U.S. Senate; and Tim Ranthum, a state lawmaker running on a fringe attempt to “decertify” the 2020 presidential election.

Gov. Tom Wolf, a Democrat, is prohibited from seeking a third term because of term limits, and Democrats hope Josh Shapiro, the state attorney general and likely nominee, can hold the seat for them. Mr. Shapiro will face the winner of the nine-person Republican primary, which includes Bill McSwain, a former U.S. attorney whom Trump harshly criticized for not investigating his claims of voter fraud in the 2020 election. State Senators Doug Mastriano and Jake Corman, as well as David White, a former Delaware County Council member, are also running.

Former President Donald J. Trump is trying to use the Georgia governor’s race — and other state contests — to seek revenge for his 2020 loss in the state. He endorsed former Senator David Perdue in an uphill battle against Gov. Brian Kemp, a Republican incumbent who resisted Mr. Trump’s pressure to overturn the election results.

That divisive primary could hobble the winning Republican as he heads into a general election fight against Stacey Abrams, the likely Democratic nominee, whose narrow loss to Mr. Kemp in 2018 helped propel her to national prominence.

Term limits are creating an open race for governor in a state that has been seized by unfounded claims of election fraud since Mr. Trump’s loss in 2020. Secretary of State Katie Hobbs, a Democrat, started with a sizable fund-raising lead over her two primary opponents, Aaron Lieberman, a former state legislator, and former Mayor Marco López of Nogales, who worked for Customs and Border Protection in the Obama administration.

Kari Lake, a former news anchor at a Fox television station in Phoenix, Ariz., who was endorsed by Mr. Trump, has had an edge in the crowded Republican field. Other Republicans include Karrin Taylor Robson, a former member of the Arizona Board of Regents, and Paola Tulliani Zen, a business owner.

Gov. Laura Kelly, a Democrat, was elected in this reliably red state with less than 50 percent of the vote in 2018. She is headed to another competitive race in November. The likely Republican nominee is Derek Schmidt, the state’s attorney general.

Governor J.B. Pritzker, a Democrat and billionaire, is up for re-election in this blue state with a history of electing Republican governors. Two billionaires looking to oust him are vying in a competitive, and most likely expensive, Republican primary.

That race includes State Senator Darren Bailey, who has the backing of the billionaire Richard Uihlein, and Mayor Richard Irvin of Aurora, who has the financial support of Ken Griffin, the state’s richest resident and a longtime Pritzker rival. The race also includes Jesse Sullivan, a well-funded businessman and first-time candidate.

Gov. Greg Abbott, a Republican, is running for a third term with a fund-raising advantage over his leading Democratic rival and having overseen a hard right turn in state government. Mr. Abbott has bused migrants from the southwest border to the nation’s capital, blocked mask and vaccine mandates, and pushed for criminal investigations of parents who seek transition care for transgender youths.

His rival, Beto O’Rourke, is a former three-term congressman from El Paso, who nearly ousted Senator Ted Cruz, a Republican, in 2018, and ran for president in 2020. His comment that year — “Hell yes, we’re going to take your AR-15” — may have weakened, if not doomed, his chances with voters in gun-friendly Texas.

Gov. Ron DeSantis, a Republican, is widely believed to harbor presidential ambitions that are putting him on a crash course with the state’s other ambitious politician, Mr. Trump, whose endorsement helped Mr. DeSantis narrowly win the governor’s office just four years ago.

Florida has transformed as Mr. DeSantis has increased and flexed his power to remarkable effect, opposing Covid-19 mandates, outlawing abortions after 15 weeks and restricting school curriculums that led to fights with Disney and the banning of math books. Mr. DeSantis has a fund-raising advantage over his likely Democratic opponent, Representative Charlie Crist, a Democrat and former Republican governor of the state, who is in a crowded primary that includes Nikki Fried, the commissioner of agriculture and consumer services.