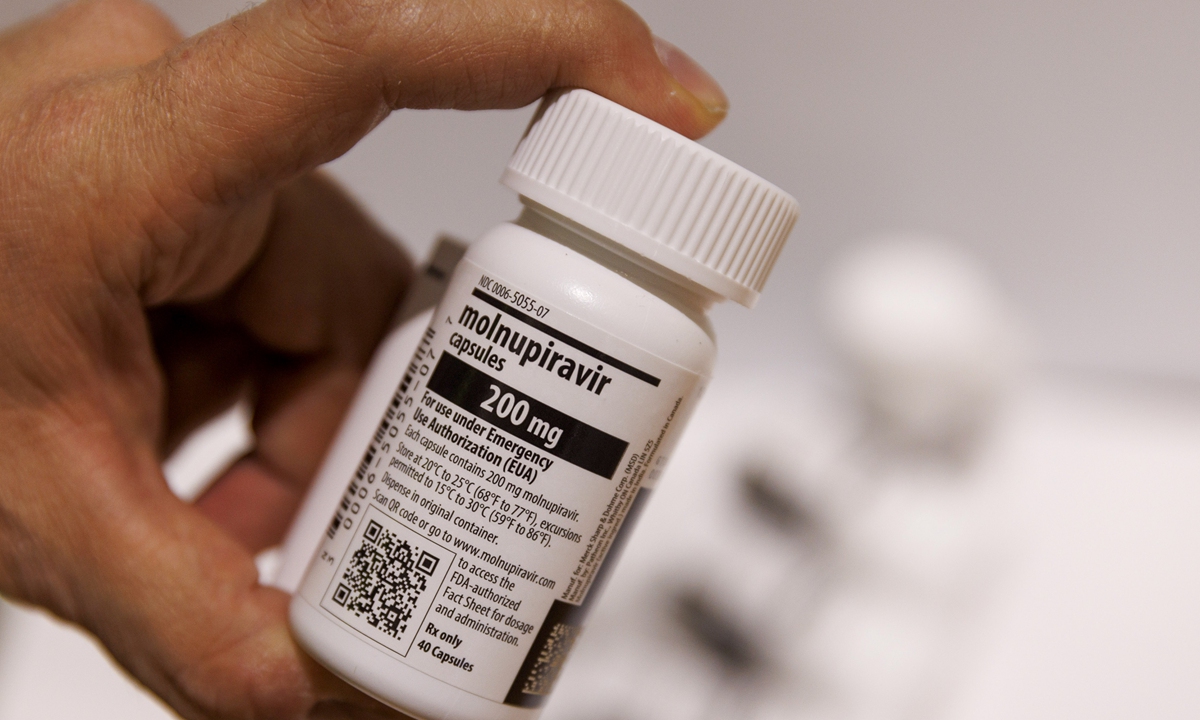 The first batch of Molnupiravir, an antiviral medication developed by US company Merck Sharp & Dohme (MSD), has become available at a couple of hospitals across the Chinese mainland as a new option for COVID-19 patients.

Over the past weekend, the first batch of Molnupiravir was delivered to several hospitals in Beijing, Shanghai, South China’s Guangdong Province and Southwest China’s Sichuan Province after the medicine, co-developed by MSD and Ridgeback Biotherapeutics, was given conditional market approval in the Chinese mainland on December 29, 2022.

Sinopharm, the medicine’s exclusive importer and distributor for the Chinese mainland, held a launch ceremony for Molnupiravir at a warehouse in the Waigaoqiao Free Trade Zone in Shanghai on Friday.

With Sinopharm’s national distribution network and advantages in integrated control, the first batch of hundreds of thousands of packages of the medicine have been delivered to a couple of leading hospitals including Peking University First Hospital in Beijing, Shanghai East Hospital affiliated with Tongji University, Tianjin First Central Hospital, Chengdu Fifth People’s Hospital and The Third People’s Hospital of Shenzhen, according to media reports.

According to China’s National Medical Products Administration, Molnupiravir capsules are oral small-molecule COVID-19 therapeutics for the treatment of mild- to moderate-adult patients with a high risk of progression to severe disease. Such patients include those with high risks such as obesity or being overweight, chronic kidney disease, diabetes, severe cardiovascular diseases and chronic obstructive pulmonary disease.

According to Lu Hongzhou, head of The Third People’s Hospital of Shenzhen, Molnupiravir has proven to be effective and safe when it is used at an early stage after the infection.

Compared with Pfizer’s Paxlovid, which can interact with lots of medicines, Molnupiravir has an advantage in the treatment of the elderly, who often have underlying diseases and complications that have to be treated by many other medicines, Lu told the Global Times on Sunday.

The first batch of Molnupiravir was reportedly delivered to Lu’s hospital on Saturday morning.

According to a notification released by the Tianjin Medical Purchasing Center on January 10, the first batch of Molnupiravir is priced at 1,500 yuan ($222) per bottle. Sinopharm is working closely with MSD to promote supplies and has formulated plans for imports, warehousing and national delivery to meet the needs of grassroots medical and health institutions in various places during the upcoming Spring Festival holidays.

Molnupiravir received its first approval on November 4, 2021 in the UK for the treatment of mild to moderate COVID-19 in adults with a positive severe acute respiratory syndrome coronavirus 2 diagnostic test who have at least one risk factor for developing severe illness.

It has obtained marketing authorization or emergency use authorization in more than 40 countries or regions including the US, Japan and members of the EU.

Meanwhile, more medicines for COVID-19 are stepping up their entry into the market.

A 3CL-targeting anti-SARS-CoV-2 drug candidate SIM0417, jointly developed by Nanjing-based Simcere Pharmaceutical Group, the Shanghai Institute of Materia Medica and the Wuhan Institute of Virology, is expected to be approved for the market in February, Jiangsu’s drug management authority announced in late December 2022.