A gunman opened fire at a Bloomington restaurant Wednesday afternoon, killing one person and injuring another after patrons twice ejected him from the store, police said. No arrests have been made.

Two men were found shot at the scene: A 49-year-old regular of the restaurant did not survive; a 25-year-old server was shot in the leg and buttocks and is expected to recover.

Hodges said the gunman came into the restaurant brandishing a weapon. People inside reportedly wrestled with him and pushed him out twice before he come back a third time and started shooting.

“I heard what I thought was a car door slamming. But after talking to Bloomington, I guess I heard shots. It’s pretty cold hearted,” said Paul Webster, who is opening Bloomington Billiards in the same plaza. 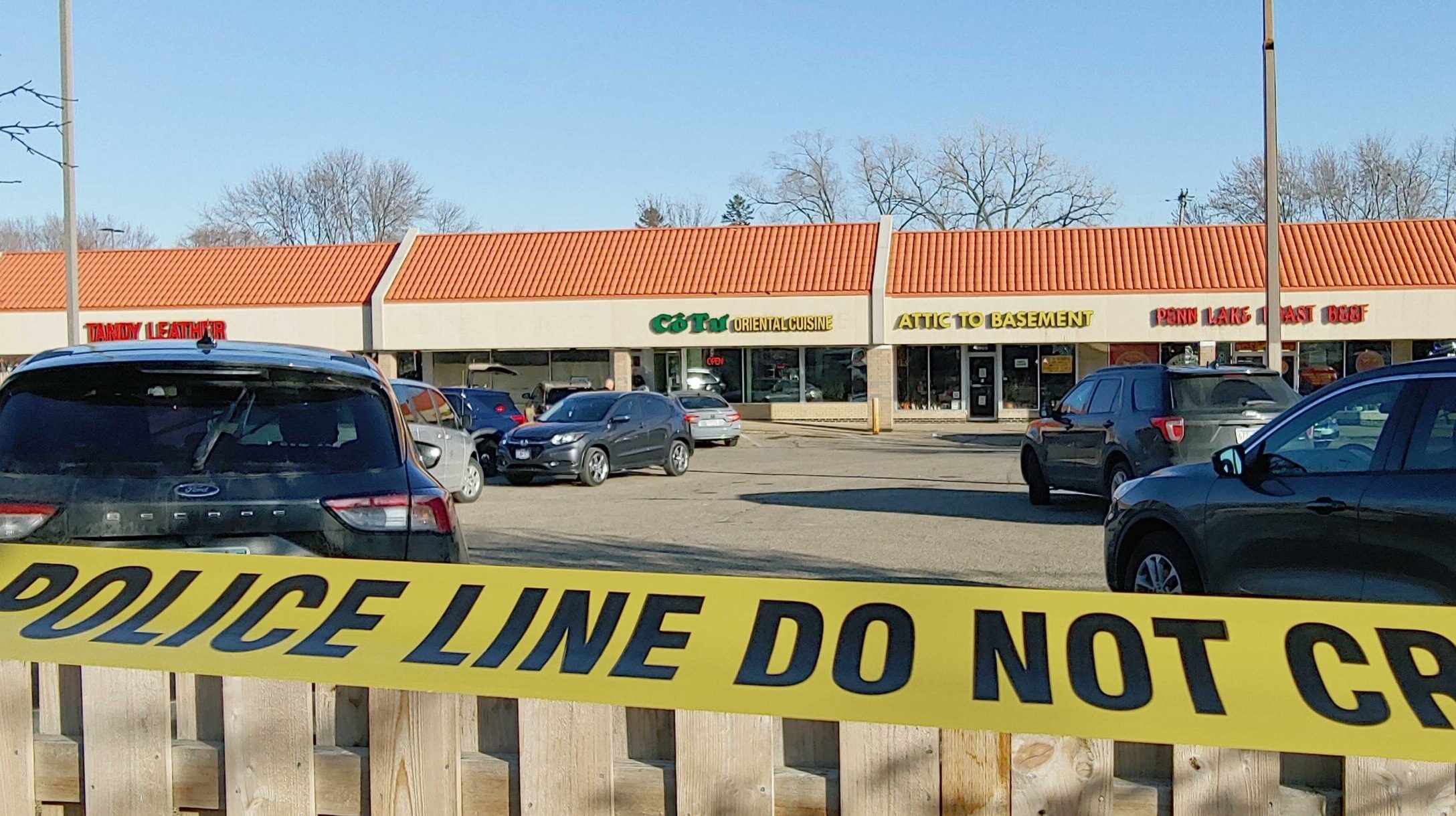 “These people, they fought this dude, they got him out three times and he shoots somebody. Cold-blooded killer and we gotta get him off the streets. Period,” Hodges said.

Police do not know who the shooter is, but he was described as being approximately 5 feet, 8 inches tall and wearing a maroon hoodie and purple surgical gloves.

Police recovered one weapon at the store but believe the shooter could still be armed.

Anyone with information on the gunman is asked to contact the Bloomington Police Department at 952-563-4900.

Editor’s Note: An earlier version of this report stated the scene was along the 89th block of Penn Avenue. Police corrected this information to state the scene is near 89th Street and Penn Avenue. This report has been updated to reflect the correction from police.